Xeljanz and Looking Ahead to the Future...

I decided to start a new discussion group for those of us who are taking, have taken, or are thinking about trying Xeljanz.  As we all know by now, the medical trials that took place at Yale, Columbia, and Stanford (and, I think another university or two) have demonstrated that Xeljanz helps a large percentage of alopecians. I was told by my Stanford doctor that the success rate is up in the 70-80% range for regrowth. People who have had AU since childhood have gone on to full regrowth (a young friend of mine from this site had that experience and is now focusing on his college studies with a full head of hair). Others with AA or AT have also had great success with the drug. There does not seem to be any correlation between age of onset or whether one's alopecia was genetically with them at birth or developed later as an autoimmune disease (as was my case). Researchers from the trials are now focusing on the individual genetic makeup of patients who participated by analyzing scalp biopsies. Their goal is to try and figure out WHY some individuals respond well to the drug, yet others struggle or do not respond at all.

We also know that drug companies other than Pfizer are working to develop their own JAK Inhibitors that work along similar pathways as Xeljanz, producing minimal-to-no side effects. As we have read in other discussion groups since 2015, few Xeljanz patients experience negative side effects. A rise in cholesterol seems to be the most common among them. Some individuals with other diseases along with alopecia have had different side effects or unexplained relapses while on the drug, but it is hard to figure that out--especially when other medications are used along with Xeljanz for different diseases.

In any case, at the start of this discussion group, I have been on a dose of Xeljanz at 5mg, 2x daily for 2 years, 8 months. I started the drug during the Stanford Trial in February 2015. It works for me.

Our challenges going forward into the future are to keep the lines of communication open as new drugs are introduced. It will likely take a while. And Pfizer has no plans to offer Xeljanz as a treatment for alopecia. For the purpose of marketing and profit, they prefer to keep the drug available only to RA patients.

Let's use this discussion group as a forum to keep each other informed, share if and how one's insurance company decides to cover Xeljanz for alopecia, alert the group to any pertinent research articles or info about new drugs, and most important, support one another in this process. I learned about the first Xeljanz Trial at Yale through posts here on Alopecia World. Had it not been for that discovery, I may have not found my way to the Stanford Trial. I am very grateful for the host of information here and the amazing people I have met along the way.

Here's to a hopeful future ahead! Permalink Reply by LIU CHUNXIU on October 12, 2017 at 11:55pm
do u have plan to stop the drug?or you will take forever?what did you doctor say?

I plan to stay on it for now, as there is no other treatment that works. When new JAK inhibitors hit the market that are deemed safe, I'll certainly consider my options. The future, however, will likely be stem cell therapy, but researchers don't predict that will be available for at least 5 years.

How long did it take the vellus hairs to turn terminal? Did it start out as peach fuzz? 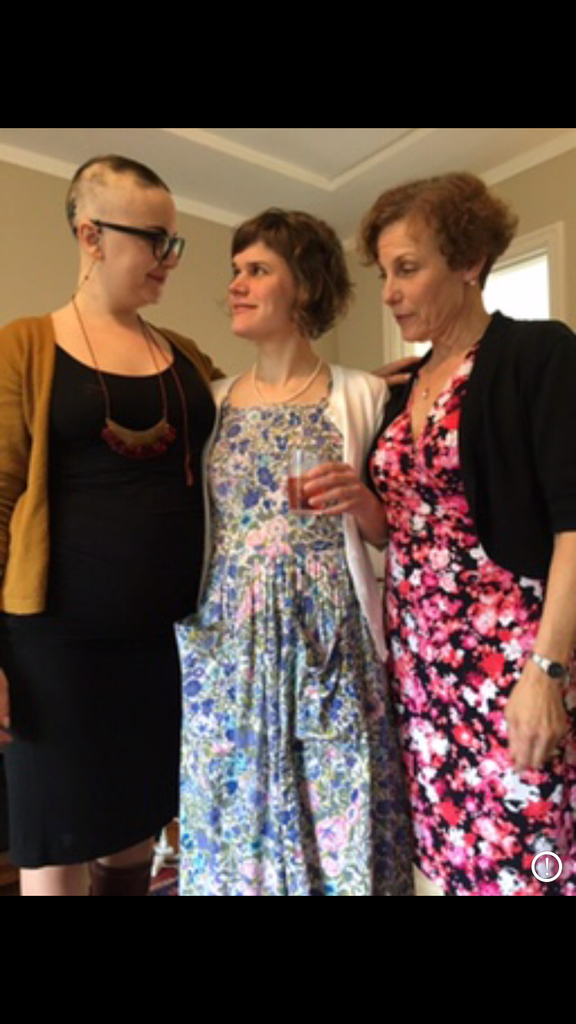 The regrowth, for me, started off like peach fuzz and took a few months to thicken and darken. It seemed like the last patches to fall out grew back first. My very first patch to fall out took the longest to regrow, but it's now looking full! Here's a pic from this month: 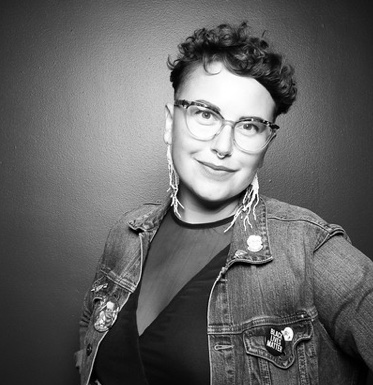 You're beautiful, how exciting and happy you must feel! Did your eyebrows and eyelashes come back too?   I have peach fuzz but it never seems to grow more than that. I'm meeting my dermatologist tomorrow and hopefully, he will help me get started on Xeljanz. I can't afford it though if my insurance won't cover it. Fingers crossed!  Do you feel like wearing a wig was hampering the growth?

I was on a trial of Vytorin before Xeljanz and it made my eyelashes grow, so I had some before I started Xeljanz. My lashes were probably the first thing to fill in completely. I remember wishing that I would take *just* my lashes back when I lost everything, so it was nice that they were the first to stick around.

My eyebrows *just* recently filled in completely. I still like to use my Mac brow pencil to darken them, though!

I don't thinks wigs did anything to hamper growth. If you like wearing wigs (I did/do!), then I think you should continue to without worrying about them preventing your hair to regrow.

FWIW, I often had peach fuzz that just wouldn't progress past that.

Fingers crossed that Xeljanz is covered by your insurance. Keep us posted here. There are lots of folks who read these threads without posting, so I'm sure there are a ton of curious folks out there!

Permalink Reply by Susan McAdams on October 18, 2017 at 6:57pm
Wearing a wig will not affect the growth of hair while on Xeljanz. I wore a wig the whole time it was growing back: over 10 months. Eventually, my Follea wig started slipping because of the hair on my scalp, so that was time to take it off and put it away! Good luck with your insurance. Innthe meantime, sign up for the Pfizer co-pay program, which allots everyone (regardless of income) up to $12,000 a year. So, maybe get that co-pay going while your doctor files appeals to your insurance company.

Permalink Reply by Patchesforlife on October 30, 2017 at 11:19pm
hi Susan. thank you so much for post. Do you think we have to stay on xeljanz out whole life

You look amazing!  So happy for you!  Now that your hair is growing back, can you and Susan tell me what shampoo you find that works for you?  I was recently recommended a shampoo from my hairdresser from DS labs, a stimulating hair shampoo.  I have been using it and noticed hair loss.  I contacted him and he said it will cause shedding at first.  What?!  Why would I want a shampoo that does that.  I googled it and numerous people have complained about the shedding.  I am furious!  Needless to say I stopped taking that.  I am considering trying Ducray Anaphase cream shampoo again, which I used when I was receiving injections from the dermatologist.

I didn't have vellus hairs to start. For the first 3 1/2 months, I saw nothing. Then, one day after a swim, I noticed in the locker room a dark looking shadow on the top of my head. From that point on, the hair on my head grew in as terminal hair and within 10 months, I was at 95% regrowth. About a year later, the last two stubborn spots grew in as well. The only place on my body that only grows vellus hairs is my armpits. I don't complain about that, tho!