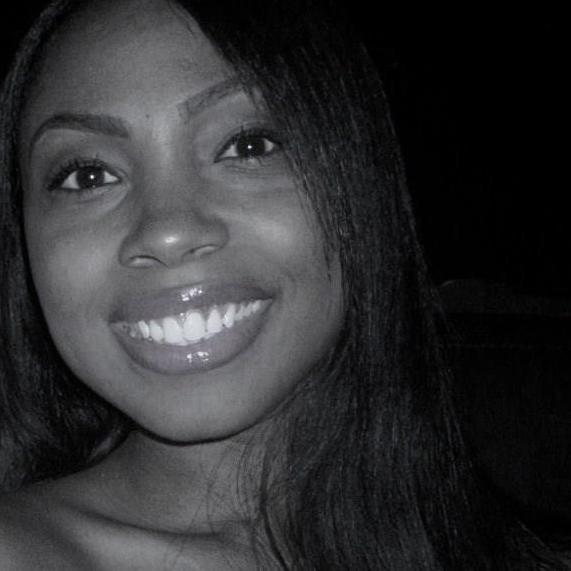 Multivitamins/Biotin May Have Triggered My Alopecia

Hi guys,I know alopecia is very unpredictable, but I honestly think the vitamins I was taking for a few months triggered my alopecia and it's very aggressive.My hair fell completely out 15 years ago…Continue

It's not the end of the world...But it sure feels like it

I feel betrayed.I am now a recluse and refuse to leave my house unless I have to. I just no longer feel comfortable being around people because I feel like a freak of nature.Literally one day in…Continue

shimmyshimmyya has not received any gifts yet

About Me:
A Work In Progress. My AA came out of remission after 15 years and just going through motions of losing my hair again.

Do you have alopecia?
Alopecia areata

Had a breakdown at the wig store

The realization that I really will have to wear a wig made me start crying uncontrollably at the wig store. The people probably thought I was crazy. The sales woman tried to console me but the tears would not stop coming. I absolutely do not want to wear a wig. It's not me and I don't care how natural it might look. It's not my hair. I think I will just cancel my trip to LA and stay in the house. I don't feel comfortable being out in my hometown, so I know I definitely won't feel comfortable…

Still having a tough time

I will never be okay losing my hair again. I refuse to accept it. Some days are better than others, but this is not me. I feel like a weird version of my real self. I am just so angry. Life is funny. You wake up one day and your hair is gone, but it takes months or years to grow back. Funny, funny, funny. I just booked a trip to LA and I dread going because I don't think I'll have a good time as I would if I didnt have to deal with this. I'm just so overwelmingly sad right now.

Hi! I read your blog post from this morning. I have Alopecia Totalis and live in LA. If you do still decide to come (you should! it's great!) I would love you meet you and talk with you a little bit about Alopecia. I know you're having a hard time right now but it will get better. If you would like to talk please let me know.

Here's one of my old blogs and responses that might help you. Go to archives if the 2 pages do not show (a lot of women responded).

Most of us can pinpoint The Moment when something big happened (Elvis died, Neil Armstrong stepped onto the moon, Challenger exploded, Kennedy was shot, Princess Diana died, Michael Jackson died, Twin Towers...).

What about the moment you realized you would stay bald forever (or thought you would), and said to the heavens, "Well. Okay, then," and just did what you had to do, from then on, as a person with hair loss...no more prayers, tears, bargaining, shots, etc.? When was that, what made your acceptance change, and what did you say to yourself?

For me, it was after AU changed to AT, when I found out my health plan wouldn't pay for shots/creams/wigs, and when my dermatologist told me that at my age (about 48 then), after years of AT or AU, I had more of a chance that I would stay this way despite shots. I decided the pain wasn't worth it anymore.

I knew then what I would wear on my head for the rest of my life, and bought accordingly (as needed). I changed what I wore when over heat (so, sons took the turkey OUT of the oven and put finishing touches on the meal if I had already gone to change from babushka to wig). I realized I could only date accepting men, or be in situations where I would feel comfortable emotionally (and physically...away from windstorms!). Because I had already had marriage and children, college and travel, I was internally satisfied...or through with...some of life's big questions. Some anger over other situations gave me the drive to focus on my profession and on my survival. Furthermore, I had children to raise...so my hair was the least of life's problems. Seeing news coverage on TV about Hurricane Katrina, while visiting a parent who had just learned he had six months left, also put things in perspective.

What do I say to myself? This is it. This is me. I am in a new world, and HAVE to be in that world...even if my galfriends and relatives can't relate. This is what I have been given as my lot, and people can love me or just leave. I can't change anything because someone orders me to or wishes it, and those people are wasting their time, dreaming, or are uninformed and rude. The shallow ones don't deserve Wonderful Me. The deep ones can stay!

I do not have to look like the Original Me or match my old color, because I have white sideburns now. Blond wasn't me from birth, but it matches that "alopecia white" on the sideburns now. Furthermore, I have to be able to talk about it without flinching, because students and employers will ask eventually; so, I had to develop a thicker skin on the subject of what I have and who I am.

Your turn...what was your "AHA! moment" in accepting your baldness?

Comment by Terri on September 27, 2010 at 2:10am
Delete Comment
WOW so courageous Tallgirl. You are an inspiration to all.
As my bald journey has just started I do think sharing a moment of "AHA" for me would be the day that I actually decided to shave it off. I looked at the hair I just shaved off and said to myself "thats all of it??? that's what I was desperate to save??" and realizing how much pain I was causing myself cleaning up my hair off the floor and throwing myself in the garbage daily. I decided right then and there that no more.....no more was I going to hurt myself like that ever again. From now on anything that I decide to put on my head will be because I want to wear it not because I feel that I have to.

(Go to archives for more responses.)

Thanks for the add and when I feel that I've made a break through with one of my concoctions or theories, I'll let you know. lol Oh, I can share this with you. I started drinking aloe juice although it's really nasty and I've been putting aloe from a plant on my bald lashes and eyebrows. Hope it works. Also, I went to an allergist in the past and I recall her saying that I'm allergic to wheat, mold and several types of trees. I didn't have hair loss problems until I moved from Chicago. I think Florida is making me sick! But, I'm not willing to experiment by moving back. Grrrrrrr and Brrrrrr ~Enjoy your weekend :)

Hello and welcome!
How are you doing today?
Leslie Ann

awwe, thank youuu!! i appreciate that. you'll be just fine. embrace it. sucks that it's coming back but you are beautiful with or without hair, i'm sure! work it girl. haha. (: