Well I'll Be. (A chronicle for other curly girls out there.)

My first attempt at reclaiming my nearly-black 3B hair: Valentina by Outre. Extremely high density, despite how it might photograph. Has a different curl pattern in the underneath layer that is very thick and sort of boosts up the rest of it. Great looking but a little too Afro to pass off as my bio hair.

Second attempt: HH Brazilian Curl by It's a Wig. Very long, needs trimming, rough lace and lousy severe hairline right out of the box, but texture pretty soft for a synthetic and has potential if you're patient. Got my first practice with arranging on a foam head, plucking a hairline, and cutting baby hairs on this one. Need to de-tangle her a bit after handling her so much, but I'm keeping her and maybe learning to cut layers in (got her for only 40 bucks).

Third attempt: So. thought I was being an idiot, albeit an educated one, trying some weird random Chinese company called Preferred Hair via website LightInTheBox. One of those vendors with whom about 50% of peeps have had a dream, the other 50% a nightmare. Well, color me astounded when I got a ridiculously soft curly human hair lace front with baby hairs already cut in just a week and a half (other peeps had warned it would take 3 weeks if it ever came at all) and after a bit of plumping looked strangely like, as someone else on here once said, my "given hair"! (only better, if I'm honest.) For me at least, LightInTheBox has been the best "scam" ever ;) 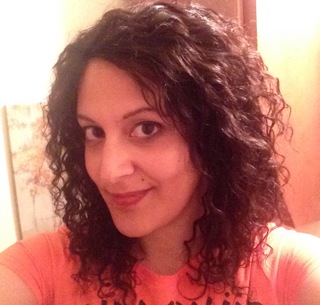