I agree with this mother that it is important to support your children with alopecia and help them understand that they are no different than anyone else with or without hair. 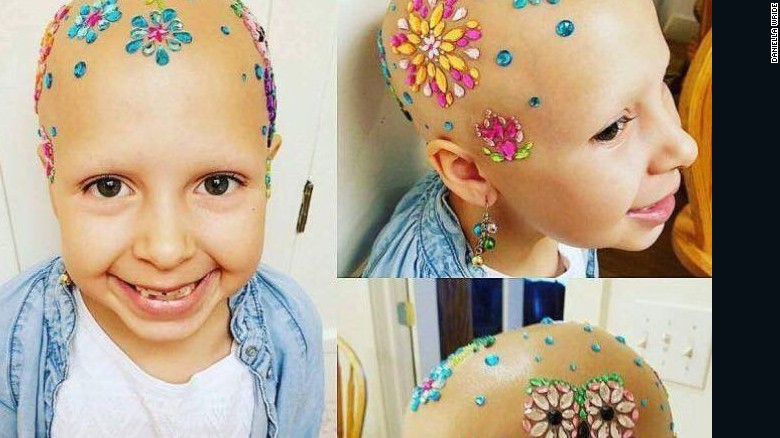 On January 1, Daniella Wride began brushing her 7-year-old daughter Gianessa's hair and watched in horror as the brush pulled out a quarter-sized section of hair.

"We let her go to bed without telling her what was going on, I didn't want to scare her." Daniella told CNN. By the time the Wride's were able to take Gianessa to a dermatologist -- about a month later -- all of the girl's hair had fallen out.

The dermatologist told them that her hair wasn't going to grow back. Gianessa has alopecia, an autoimmune disease that causes hair to fall out. The little girl lost all of her hair and her eyebrows within 20 days.

At first, Gianessa didn't really understand what was going on. "Like any 7-year-old, I think, she expected that it would just grow back because everybody has hair," her mom said.

When Gianessa's school in Salem announced its annual "Crazy Hair Day" competition, Daniella told CNN, "I didn't want her to feel like an outcast or that she wasn't like the other kids."

She found scrapbook sticker jewels and had a brilliant idea. "They just fit her personality. She's so vibrant and full of life and she loves everything sparkly."

"She knows that it won't grow back and she has just embraced that and is still living life to the fullest and doing everything that she still loves," Daniella said.