I sat at work and and realize I am having a tougher time with her AA then she is... Is it wrong to be a parent who wants their child to get better? I wrote this to my child in hopes she will one day know what I felt as she went through this ordeal. 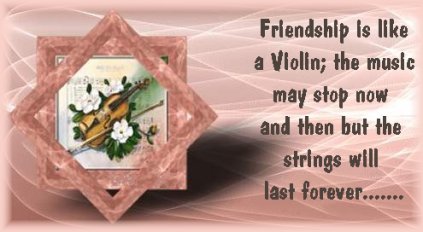 It's really interesting, how easy it is becoming for me to forget about Tracey's alopecia! When he was first diagnosed 3 years ago, I couldn't think of anything else! I would look at him and see it, and always wonder what people thought when they would look at him as well. I remember being so sad for him that I would cry! Now, I just forget! My husband and I signed him up for Tae Kwon Do this week and forgot to inform his instructor of his alopecia. When we went for his second class, she pulled… Continue Okay, so maybe I'm not the most original being on the planet sometimes, but I love answering silly ass questions just so someone can go, "man, is she just OFF or what??" I got to send this one to Bola so he can put it on his blog too! If you want the greatest downtime reading, check this spot out: http://liketofight.blogspot.com.

Jealous of being bald??

Well, I haven't posted a blog yet, so I thought I'd share a story. I went to a tattoo parlor with my roommate today to get a piercing. I had been there once before (about a year ago) and the guy recognized me, but then again, how hard is it to not remember a bald girl? Anyways, being curious, he said "So, you don't have any body hair?" I was like, "no," and then preceded to tell him about alopecia and what it was. Needless to say, he had never heard of it (not many have), but was definitely… Continue such a gorgeous day today. a bit windy so i went and bought a kite. it was so much fun. havent flown one since i was a kid......bought like 4 rolls of string and let it out it was so so so far out.....loved it. and the coorslight.....yes im a redneck!!!
have the pics on here plus my pup. love him to death

Im finally finsihed with all the booking for my first NAAF meeting. Going down the 18th and going home the 23rd.

Im excited like a little kid at xmas eve =)

Hope to see some of you there for the very first time.

Last Year for the Month of September I collected Donations through my work to send to the NAAF. This Year Im taking it up a step! I have ordered 500 Alopecia Awareness bracelets that I will sell to my customers @ $2.00/ each. My Co-Workers donated the money to buy them so we will get a %100 profit :) I hope to sell them all! Anyone Else doing fundraisers?!? I find it almost exhilirating to be doing something to help further the research. Every little but helps. If you recieve newsletters from… Continue

Reading all these posts about the upcoming conference have reminded me so much of my awesome adventure to the USA to go the conference in Oakland in I think 2000.
I was so lucky to part of a site at the time called AlopeciaKids.org (which I don't think is going any more) - the owners of the site put together some money to pay for my Conference expenses and gave the awesome opportunity to go - I don't think I will ever be able to thank them enough for it.

Going meant the world to… Continue

so got my hotel room reserved havent reg yet with naaf beacuse there web site isint set up yet or some thing. probly do my flight this week or next. also looking for a roommate there got a double room so if some one is looking to save money and split room cost please let me know. MAN IM SO FREAKING EXITED I WISH IT WOULD HURRY UP AND GET HERE!!!!. that sucks its only once a year.........i know im going to be doing alot of traveling this year visiting all my new friends on my 2 weeks… Continue In high school I had a really hard time.People treated me badly because of how my Alopecia made me look,I just couldn't win with them.I tried covering it up with wigs and that made them talk behind my back and tease me,then I tried wearing bandanas and hats and it didn't change a thing.I never went to school without my head covered because I was scared of what everyone would say and how everyone would act.After high school I would run into a lot of them and they were all nice to me and some of… Continue

man that was a long freaking 2 weeks had to move the rig and it sucked...........but i am now off for 2 weeks and plan on not doing to much. might travel a little get out in this nice weather Hey if you are over 18 and 30 or under and going to the conferencein Louisville. Sign-up for the young adults session on friday yours truely will be facilitating . So sign up now. And for those of you that are over thirty that i have met here no worries we will meet you all too. So this morning I woke up with a little rain, then beautiful radiant sun shine for a few hours, a bit of hail fell out of the sky for a little while, then beautiful rays of sun shine, then a sprinkle of snow for a little while, and a hot sunset... last night the building was humming off its foundation with hardcore wind... and now the lights are clearly twinkling over the City as folks get ready for bed... Such is life in Prince George, British columbia! Tomorrow morning I expect a bank of fog… Continue