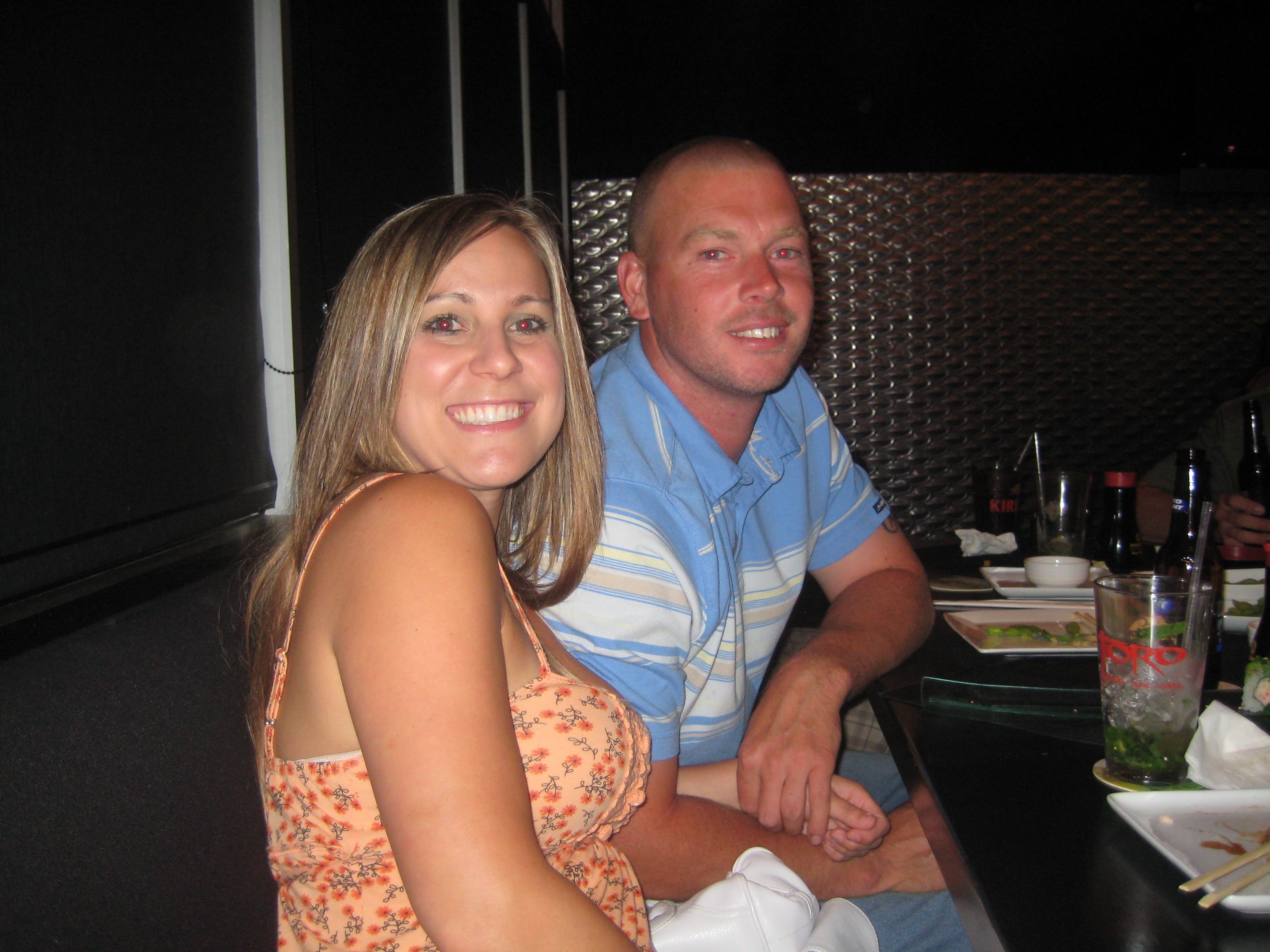 I don't know why a bunch of clip on extensions make me feel more confident than I have in a good 5 years. 5 years ago I was pregnant with my 1st daughter. 30-35 LBS. can make someone feel ugly. Then lost some hair, got pregnant again, lost some more hair ,got pregnant again, lost some more hair. This is the longest I have gone without being pregnant. I'm trying to watch what I eat as best as I can. I started working out everyday about 5 months… Continue

I guess I'm having a reaaaally bad week, I'm missing my eyelashes more than ever. I got a new full lace wig (I call it my hair by the way, hate the word wig) recently and I love it , so i don"t really care about being bald. Got my eyebrows tattoed and I like them so that is OK. But my eyelashes can't be replaced...I don't wear the fake ones unless going to a party or something like that but even when I do, it's just not the same ...Lost my eyelashes 6 months ago and I wonder if they will ever… Continue

20 days and counting...soon its time for my first trip to the States and it will be Louisville for my first NAAF conference. Im soooooo excited for this.

The results are in

The doctor’s office called yesterday with the results from last week’s blood test. Nothing remarkable. I’m relieved, yet disappointed, as I was hoping for a treatable cause along the lines of a fungal infection. Amazing that one would wish for a fungal infection. All things considered, the alternatives could have been much worse than a dx including the term idiopathic – that’s Latin for unknown origin…medical speak for they don’t have a clue.

They offered a referral to a… Continue

Hi my name is Sherry and I am the cousin of 3 yr old Hayden. I came across the following discussion started by my cousin Monique, who is the mom of Hayden and also has a page on this site. I noticed she hadn't received any responses to her dicussion so I thought I might add it as a blog...to get it out there to more people. If any body has any thoughts or answers to her discussion please contact myself or Monique, she is a friend on my site, or just post as a response to the blog....I did the… Continue

First of all, I want to say that everyone on this site is such a wonderful and beautiful person both inside and out.

So folks, I am not totally bald (I know I need a picture, but my husband hates taking them and I hate asking). I guess I have felt that having really thin hair on top is both a curse and a blessing all the same. I mean since I have eyelashes and eyebrows I am not as susceptible to illness, but also people still question me about why I wear a wig and what kind of… Continue

In defense of Carol's recent blog

Carol has a blog entitled, "Treatments are NOT cures" on her page, and it is definitely a hot-button subject guaranteed to get a lot of buzz. I am in total agreement with the blog posting, and you can read it on her page at your leisure. However, in the interest of conserving space on her page, and to provide an additional space for your opinions, I have chosen to post my response to the blog here. Please tell me what you think.

Carol, I'm glad you made this vent rather than… Continue 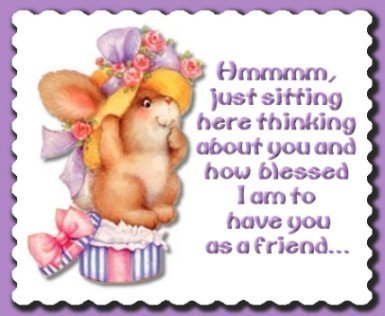 i stared a group on Facebook called alopecia ...if anyone wants to join...please do...

At school I am learning about American Heroes. I am doing a report about Dr. Martin Luther King.

Eyebrows in the Midwest???

I'm thinking of getting my eyebrows and upper eyeliner done. If any of you live in the Midwest know or had work done by Lynn Duncan I would love to hear from you! I'm narrowing down my options and she's on the list.
Thanks!

When im heading for Louisville....

Since im going from Sweden and maybe someone wanna get in touch with me in Louisville im going to leave my cellnumber here. +46(0)735027945.

Well so I had my 2nd dermatologist appointment today. It was kinda depressing. The doctor was upset the spots had spread as much as they had in only 3 weeks. He said, "I had a feeling this was going to happen with it having coming on as quickly as it did." He said that usually when it starts so fast like that (I had 4 spots right away within a week at first) that the treatments are usually not as successful as someone who just goes in with one little patch (based on what he's seen in his… Continue

I’ve kept pretty much to myself these past few weeks. In retrospect, distancing myself from family and friends was a not one of the smartest things I’ve ever done. As the saying goes, “no man is an island”. It was time to move forward.

Despite my trepidation, I ventured out to the local NAAF meeting last night. Glad I did. What I found was support, camaraderie, and much needed laughter. As if amongst family and old friends, I felt comfortable figuratively, as well as literally,… Continue

Remember this when you're feeling sad...

Ok, well one of my life-long best friends just produced her 1st cd (which is amazing, I might add). Well one of the songs actually was one of the 1st things to make me not feel so sad about my Alopecia. I felt like she was singing it directly to me! Anytime I'm feeling the slightest bit down, I play this song and it picks me right back up. The song is called "I Wish He'd Say." Here are the lyrics. I'm posting this because I hope the lyrics will pick you up like they did for me. You can hear the… Continue

well I have had alopecia for about 8 months now...the 3 giant patches on top of my head are growing back...you can just call me 'spike'......... but I have now lost about 4 or more inches on the back of my neck and its still going up!!!!! as soon as I figure out all the ins and outs of A-world I will post some pics ..

I’m not a fan of needles. But about once a month I would make myself suffer and go to the dermatologist’s office just to get the injections in hopes of making the hairs grow back on the ever-growing bald spots on my head. A few times with little to no effect and I decided to start looking for something else.

One day after missing a class because of my dermatologist appointment I went to talk to my professor about making up the work I’ve missed. The teacher (science course) also… Continue

I got my package for the conference now from NAAF. Im excited like a little child. Its my first and I really looking forward to it and to meet others with alopecia. I hope to make new friends over there.

As my previous post said, all my spots are really in the back of my head. So, I can cover it if it is not a windy day. We'll yesterday I went to the mall. The little carts that they have in the center of the mall? They have one that sells hair extensions. They just clip in, and you take the in and out everyday. It is synthetic hair. So I tried it! I love it! I have pretty long hair. And I love the weight of them, it won't blow as much on the windy days, and will look cute in a pony tail! We'll… Continue

And I'm starting to freak out a little.....camp's not going to be easy with no hair. I'll be living in a room with about 12 other people so they'll all have to know about my lack of hair. Not sure how the kids are going to take it....

Second countdown is to my new freedom suction wig......wait for it.....only 6 days until it should be here and I can't wait! Fingers crossed it does get here on that date! I'm hoping that it's… Continue