Ok yesterday I was having issues with my hair system. (It is a glued on system that I have removed and glued back on every 4 weeks). Well, I had to go an extra week, and I was out of my touch up glue. I had to remove my hair system myself because it was going to come off if tried to sleep in it. My husband was in the restroom while I was dealing with this. Now you should know, I have been wearing this system for 8 months, and my husband had not seen me bald in awhile. He was so great it didn't… Continue

Not wanting to look at bald head

I have noticed since I cut my hair to the scalp, I have avoided looking in the mirror to look at it closely. Except, when it is time to cut it again. I am so critical when looking at my scalp, I can see all my shiny spots and way the scalp looks sick. It caused me to feel depressed. I will say on the positive note, when I shaved my head on yesterday, it seems to be looking more even in texture. I lingered when looking in the mirror under the bathroom lights. I am not… Continue

I will expound later

To all the kids going off to school

I just want to wish all the kids with alopecia heading off to school this week the very best and to encourage them to be strong, successful, and just be themselves. I wish them a wonderful support system at their schools from the faculty to their fellow students. For some it will be their first year going back dealing with hair loss, for others it might be going back with a new wig. Let's keep our little sisters and brothers in our thoughts and prayers and encourage them in whatever way we can.

In 08' I received radiation for a brain tumor I had. As a result I ended up with End scarring alopecia. Before going to the Dermatologist i tried EVERYTHING. Biotoin....Naproxen.....pills.....massaging my scalp. Once he took a biopsy and told me there was nothing i could do to make my hair come back i was devastated. Have been ever since. Currently i'm on Anti- Depressants because of this. I've spent thousands of dollars in wigs and head scarves. I just don't feel like "me" anymore. I know my… Continue

I'm new to the site. About 18 months to 2 years ago I noticed that my eyebrows were receding and I developed bald spots on my head. After about 6 months of this my chest, arms and legs were also becoming decreasingly hairy. It took over a year for all the hair on my head to fall out and I have now lost pretty much all body hair, including eyelashes.

I don't know anybody else with alopecia and feel whenever I talk to other people, though they are generally supportive, I… Continue

As some people know I was really worried about my trip to the new university, well mostly because of my looks. I'm really glad that people accepted me and now I have a couple of friends with whom I share my interests.There was a couple of questions - "why did you cut your beautiful hair?", but they seem to understand and no one is bothered by my half bald head:D (p.s I really have to go shave) Still I was hoping to see someone with this illness, someone who could truly understand me, or just to… Continue 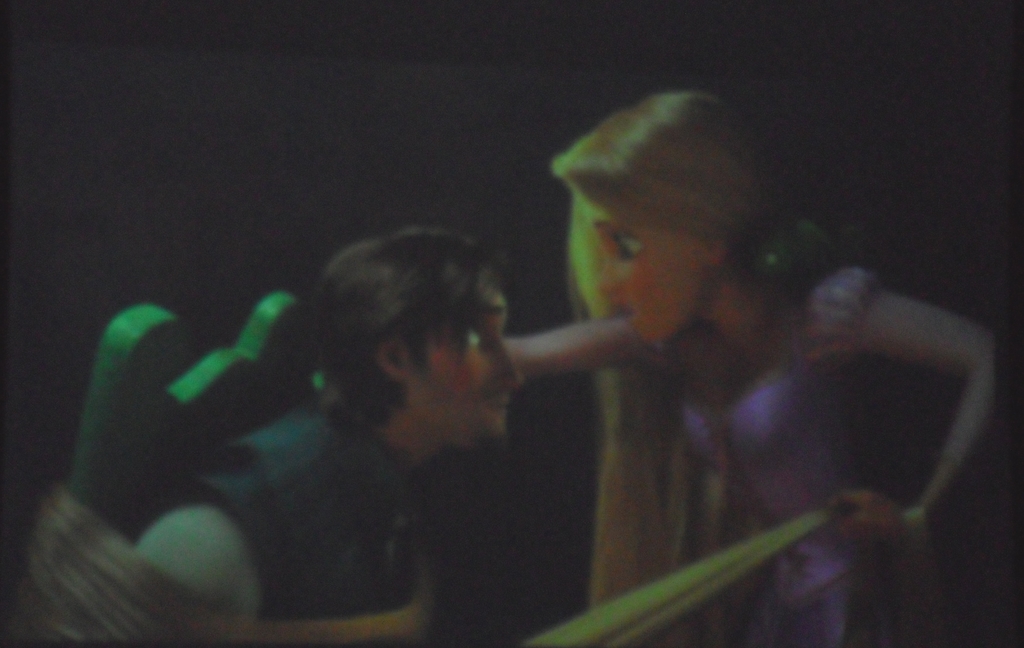 I saw the Disney movie about Rapunzel called Tangled this week. Seems to me this is your typical comment on the Society of Hair: girl entraps guy with long blond hair; mother gains feelings of youth and status by using the daughter's hair for her own ends; long hair trips up girl on the Road to Progress, Freedom and Learning; and girl becomes her own true… Continue

Not a good week

As I near my one year shaviversary my depression has come back. Normally I let my hair loss just roll off my back. For some reason this month I just can't. I'm mad, scared, pissed off, and generally uneasy this month.

Maybe because my boys birthday's were this month. My youngest turned 2 and my oldest turned 5 and started Kindergarten. I live for my boys and dont really have time for myself, but I have decided that it is time to go forward with having a wig made for me. I'm tired of… Continue

".. baldness relates to a super sensitivity of the hair roots to the hormone (DHT)..It’s a problem common.. to members of the primate family, and has been referred to anthropologically as a sign of “social maturity” that might have aided the human species evolutionarily."TPJ

In the past we have shared the following privacy tips with you via email as well as on Alopecia World's official blog:

* How to Keep Safe and Protect Your Privacy
http://www.alopeciaworld.com/profiles/blogs/keeping-safe-and-protecting

* How to Protect Your Email Address…

Hi my name is Sophie I am 26 years old and found out that I have Alopecia, It was hard to hear at first my doctor was telling me all about the treatment that I could have but I couldn't hear what he was saying it was hard to get my head around this. After getting the news I went home and told my husband then family although they were saying that everything was going to be ok I just counldn't stop myself thinking about losing my hair I started out with having a large patch about 6 cm across and… Continue

My brother was staying with me for awhile when he was 14. I noticed him getting a bald spot on his thick full head of hair. I didn't think anything of it I thought he was pulling his hair out of his head from a nervous habit but turns out it was beginning of alopecia. He was just starting to get depressed about that situation when my husband and I decided to buy him a guitar. He would play for hours on his guitar in the basement. It was a good outlet for him when he was down. Shortly after that… Continue

Hi I’m Diane. I thought I would share my story with everyone. About 20 months ago, I was going through a rough time. I was exhausted all the time, had no energy & constantly fell asleep in the chair every time I sat down. On top of all that, I was also losing my hair really badly. Every time I got out of the bathtub after washing my hair, I would see a ton of hair floating on top of the water. I also had to clean a lot of hair off the bathroom sick on a daily basis. One day I went to my… Continue

I haven't been on here for awhile but I had a couple of questions. I started doing more cortisone injections in February, while my hair is growing back I'm 99% sure it has nothing to do with those painful shots! The areas they focus on have had no reaction and I'll probably stop soon. I'm very happy to report that I have an inch missing directly above my left ear and a couple of spots remaining on the bottom right neck area. Thankfully both of those areas are easily covered… Continue

on twed i met a lady at work who had Alopecia. I just went up to her ask her if she have Alopecia in a low voice she told she had. this is the first time a. ask somebody else this question. We got to talk for a least 15 min because i was at wrk

So, I haven't posted on here for a long while. I suppose I've been busy doing other things.

For about 1 year now I've been seeing a Psychologist. It started last year with a referral for a completely different problem (not alopecia) from my GP. The actual problem I went to her about, we only discussed twice. Since then it has been about a range of things - most commonly coming up being my ex boyfriend, alopecia and the two things relating to eachother.

Just to be clear,… Continue

Hi Everyone,
I've recently noticed that my eye lashes are getting thinner by the minute, therefore I went out and bout human hair lashes, I've tried to put them on to see what they'd look like and they are mmm,,,,too long!!!
What should I do???? any pointers would be apreciated :)
xo

I think I have mentioned that I haven't had eyebrows in a while. 10 years to be precise. It hasn't bothered much except for some weird looks every now and then, not very often. But when I want to go out and I do my make up, I feel unfinished. The bald spots, thin hair doesn't bother me as much. That I've been dealing with since I was 3 and so I can handle it and look with sheer confidence. But my face looks unfinished to me. I was wondering if there is anybody in the Calgary/Bow Valley Alberta… Continue

Not only alopecia, but now skin cancer to boot!

So I went to the dermatologist for a skin check, by the way she didn't even mention anything about my alopecia to me probably because I told her that I stopped treatment but she didn't even seem interested in anything about it. I have had a little bubble type thing on the top of my head for probably about 6 months now, maybe a little longer. It has popped and come back a few times. I thought it was just maybe a wart or something..well it isn't. It is FRIGGIN skin cancer!!

So not only… Continue