Living in a new country

I am married and living with my husband in Montreal for almost 1 year. I wore a wig coming here and haven't wore it since. I am from the USA and have had alopecia since childhood. I stopped wearing wigs years ago and just wear them when I am in the mood. I have noticed, here in Montreal, I am not stared at and people don't  feel like they have the empowerment to come up to a bald woman and ask me rude questions like they do back home. I am assuming the culture is different. I am curious if…

I'm here and doing good, though it wouldn't seem like it sometimes. I haven't had the best month I was in a car wreck July 31st so my car is gone. A guy ran a red light and hit my car on the back drivers side, I'm at least walking and talking so that's good could have been a lot worse. Well my nieces are started pre-k and going to daycare now so that is good. Man I must sound so weird yet I don't really care at the moment. On a different note I was the maid of honor at my best friends…

So honored to be featured on BUZZ FEED. Please check it out! And yes, bald is beautiful!

It's been awhile. September 17th marks 4 years since I found my first bald spot on my head. My hair has fallen out 4 times now. Currently I have almost a head full of hair (again) and it's curly and fun, but no hair on my temples and my hair line is way back from where it used to be. I don't feel comfortable going without a wig on the daily. Now in the last week I noticed fresh spots and losing more in the shower. So here we go again. I found the best way to cope for myself is to push it out…

My story. Who can relate?

I am from a small town in Nebraska Population Approx. 7,000+/-. I am 40 years young, a kid at heart. I love to watch sports, both live and on television. I’m an avid Husker fan and Kansas City Royals fan (#4 & #35) are my favorites. I have 2 furbabies, kitties, Calpurnia (Cali) and Boo. To Kill a Mockingbird references. I am currently an advocate for sexual assault and domestic violence survivors. I have my degree in Human Services and plan on using it to advocate for people with…

Why is this happening?

Hi all those who have AA, AU or AT.

I have been through all parts of Alopecia symptoms in last 40+ years.

So here is a conundrum.

I am losing my eyebrows yet again but have started to see brown hair no white on my scull.

I refuse to shave my legs now I have some hair growing there but have no hair on my arms!

If anyone out there has had similar is going through the same do contribute to discussion.

I live in UK and do not get…

Addressing alopecia in a job interview

I have started the process of looking for work. I have not had to interview since I lost my hair. I'm completely bald and wear nothing on my head to cover it. I would like to get advice from all the great people on here as how I should deal with the elephant in the room during an interview. Any help or advice would be great.

Hi my name is Zoya I have had alopecia arrays since 1993 and alopecia totalis since 2009. I have been wearing wigs since 2009. I love sports have been an athlete in the past still live an active life and now starting this online store selling activewear for all kinds of women and mostly thinking about how to be beautiful during your training hours regardless if you wear a wig or not. I hope to get some support here. Thank you for any comments and feedback!

The most liberating experience I have ever had

This year I started my university days at Stellenbosch University in South Africa, studying my passion. At this time I was still uncomfortable to be seen without my wig (I have Alopecia Universalis)- with only close friends and family having ever seen me with my untanned head.
I wanted to be brave, to shake off the cloak that societal beauty standards insisted on wrapping around my adolescent body, but…

Another Alopecia World member in the spotlight!

I love stories of triumph!

One of our members Caroline, was featured in a photography project "30 days of Gorgeous" by Toma Houston Photography. 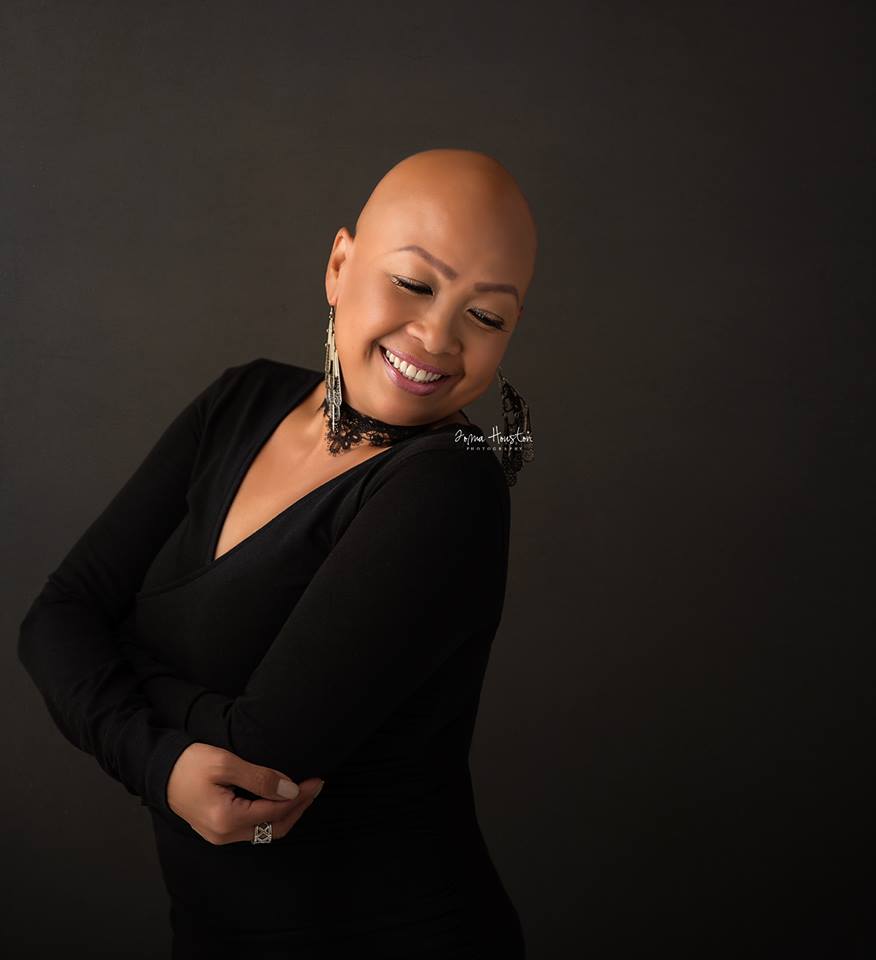 Not sure what to do. Should I give up the eyebrow fight and the injections and let nature run with it or should I continue to spend the money on shots with reasonable results? Also I am being told Latisse works on brows and lashes. I already shave me head due to male pattern baldness. I teach so it is a bit scary when you have 200 eyes on for hours a day each week.

It may not be easy, but is it worth the courage?

My husband had a life-long fear of large bodies of water. Recently, however, at almost 50 years old, he learned to swim. Within two weeks of his first stride, he was ready to show other family members what he learned so that they too could swim. Watching him has been exhilarating. It took courage: In order to float, you must let go, breathe, and allow the water to take over. At first you sink, then all of a sudden, almost magically, you start to float to the surface.

I've had alopecia universalis for 2 years now, I tried many things to prevent my hair from falling but to no avail, I tried various cremes and such, when that didn't work I moved to shots in the scalp but that never really works for most people.

BUT, I've been recently trying out this new natural medication, two months to be exact, I have seen improvement in which white hairs began growing in patches and such but it's still undetermined whether it'll work or not, it's worked before on…