Hello every one, there is very promising news on the horizon in the microbiology world concerning Lform and biofilm form bacterial overgrowth within the human body and its direct correlation to inflamitory autoimunual diseases of all types. The studies show unmistaken connections between inflamitory diseases in the human body and internal biofilm bacteria that resides within the body gone undetected by current testing. Biofilm and Lform bacteria are the cause of all autoimmunal diseases the…

Hello every one, there is very promising news on the horizon in the microbiology world concerning Lform and biofilm form bacterial overgrowth within the human body and its direct correlation to inflamitory autoimunual diseases of all types. The studies show unmistaken connections between inflamitory diseases in the human body and internal biofilm bacteria that resides within the body gone undetected by current testing. Biofilm and Lform bacteria are the cause of all autoimmunal diseases the…

In the recording studio

My band, Zilliox, is finally in my studio recording our original stuff. I've added a rough mix of one of our songs("Rush I Need") to my profile page. It's sort of trip-hoppy, retro, techno. I co-write/produce the tunes and sing lead. Hope you enjoy it.

Now that my eyelashes, eyebrows, and body hair is all falling out, I have been experiencing severe itching, watery eyes, redness, burning skin and body pain. Has anyone out there experienced this? And if so, what has alleviated your symptoms? Has anyone seen any kind of specialist if they have had or have these symptoms. I am so miserable right now. Allergy pills do not help, I feel like I'm overdosing on benadryl. It's hard.
I've been to my primary physician, I'm a Medical Assistant at…

Alopecia is a bit of a bitch :) I'm not so bothered about having no hair on my head any more, or my eye brows, and TOTALLY cool with no leg hair (I really should wear skirts more often)

BUT why does the hair have to grow in stupid places where I don't want it. I actually feel a bit manky today and it is due to unwanted hair I will have to sort out ASAP. It comes everywhere I don't want it, toes, arm pits, bikini line/area, even my chin has the odd one here and there at times, lady…

My life changed about 3 weeks ago

My life changed about 3 weeks ago when I came down with some sort of contact dermatitis throughout my neck and scalp. The dermatologist put me on prednisone for 7 days. Then I was diagnosed with AA about 2 weeks ago when a large amount of hair came out from one spot at the back of my scalp on the left side. I felt it all pull away in the shower and it was a very weird feeling. I got cortisone injections in that spot and my dermatologist also prescribed a topical solution called Clobetasol to…

Well last year I was gifted another autoimmune disease called Rheumatoid Arthritis. I spent all year wracked in pain and downing all kinds of medication given to me by prescription. I was sick of feeling sorry for myself so I decided to do some deep research on nutrition. For a whole year because I knew this was not what I wanted for my life. I researched cancer cures, and other diseased body cures and all of them came down to better eating. Not JUST better eating but eating real whole RAW…

Today I went to the docter and she told me that in my case my hair probably will never grow back.
But to give me the feeling that i tried everything she gave me hormonal cream.
Im just gonna try it and I really hope it will work for me.
Question for today is:
Has anybody had a good experience with hormonal cream?

I just wanted to say to everybody on this site, Youre beatiful,I like people who stand out from the crowd, people that are…

Loss of hair again. Is it stress or just the result of having alopecia areata?

May 14th, 2012 at 28 I found my first patch of hair missing. Two weeks later, I made the difficult decision to shave my head with the support of a wonderful friend and my boyfriend. At the end of February, 2013, I was lucky to have my hair starting to grow back - I even could make a small mohawk!
H 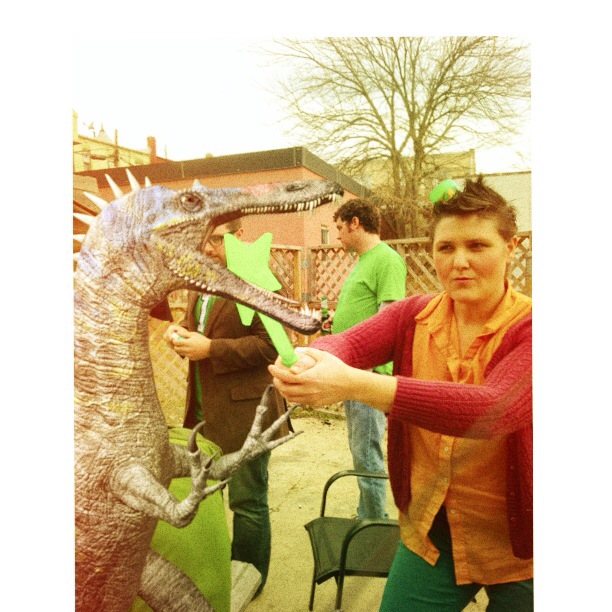 Monday, I noticed a patch missing again, along with some thinning.…

Paint Me a Picture

Paint me a picture,
Of what life should be,
A world where it's people don't judge what they see.

Your hair is all gone,
It's alien—it's strange,
You find that your world has started to change.

Why is the question,
You keep in your mind,
Where are the answers you struggle to find.

A while it will take,
To accept this is you,
To challenge yourself in all that is new.

Two eyes and a nose,
A mouth and ears too,…

I feel the need to post a note about the Follea Lifestyle Wig I just bought for my 14 yr old daughter. It is a little pricey but worth every cent, in my opinion. If you want quality and the best you have to pay for it. This wig is absolutely amazing! The hair is European human hair and is very soft, beautiful and manageable and the parting is 99.9% lifelike! She can put it in a pony tail, a bun for ballet class, french braids etc. My daughter managed to hide her AA up to the very last moment…

A newbie here. One month since I was told by Doc I have AA and as we speak, I have four little bald spots plus the first one which is the biggest (more than 4cm now compared to just almost 2cm the fist time i had it checked. The Mother Ship, as I'd like to call it). I am terrified that there will be more soon and I won't be able to hide them anymore. The horror! :)
I am glad to have found this site. I have been reading a lot of posts from you, guys, and…

well this morning while I was blow drying my hair I came across another spot. This one is much smaller than the one on the back of my head. It's about dime size and on the front, left, right behind my temple. It's small enough that it can be covered up, but the fact that it's there really scares me. My next dermatologist appointment is in 2 weeks. I haven't decided if I really want to do the injections again..I'm mostly unsure because I don't want to waste the money if they aren't going to…

Hey everyone! I've had alopecia for about 10 years and have tried every thing... literally everything. I've done laser, creams, injections, shampoos, but nothing really seemed to help me. My hair fell out almost like the seasons my dad always says. The spring and summer my hair always grew in and in the winter and fall alot of my hair fell out. So, I've been using squaric acid. The acid isn't FDA approved yet, but me and my dermotolgist said its worth a shot. So between 4-5 months mostly all…

I just started using castor oil on my scalp after reading great reviews on it in several different places. Though I'm not pinning all of my hopes on it, I want to see if it makes any different at all. So tonight is my first night using it. I rubbed it on my scalp and where my eyebrows are supposed to be and my eyelashes. Immediately I felt my scalp warming up, but a nice kinda warm (normally I feel pretty cold without my beanie or hat or scarf). Then I wrapped my scalp up with a cotton…

So the awesomest thing happened

So like most people on this site I have also lost my hair and feel really self conscious about it. The icing on the cake is that I have been away from my fiance since September of last year. He hasn't seen much of me since I've been completely bald. He has seen maybe one or two pictures. I keep my beanie or scarf on while we Skype or FaceTime. So the other day while we were Skyping, without thinking of it, I moved my beanie a little to scratch my head. When I realized what I had done, I felt…

Well .....couple of weeks gone by and a couple of patches have kicked into life. Alopecia still going on, but i know the dormant roots were there as i have had patches over 3 months. Now before you go out and buy the Marbo suite like i did which cost me a cool £90, be advised. I have also been using a £5 bottle / daily wash Alpecin Caffeine shampoo and i am sure that makes a difference. So the jury is out............I am losing my hair as per usual, but something is kicking other hairgrowth…

I'm really considering getting these vitamins i've read a few comments of how t was helping a couple of you and some it wasn't on here but it was hard to find all the comments about it. I know about that 10 year old girl who had success with it. I have AA and i'm woundering if any of you has had success with it or not?

Also if any males have tried this?

Does anyone know of a haircutter who is familiar with alopecia areata in the NY or Brooklyn area?

My hair cut lady moved to Delaware. Today I tried out someone else but I felt very uncomfortable. I was wondering if anyone knows a specific place or person I can get a haircut with in the NY or Brooklyn area that deal with AA.
Thank You

If I were a boy

I was thinking about quiting track because I wasn't ready to hear other schools talk about me.They don't know my condition since they don't go to my school.I broke the high school record for the 3200m last year so when my coach found out I didn't want to do track this year he found me and told me I need to do it I'm really good and I have a chance so I decided to do track this year.Tuesday was our 1st track meet and everybody thought I was a boy! I was so hurt my dad just keeps telling people… Continue