A question for those of you that have taken the shots to treat the AA.  My personal physician diagnosed my alopecia areta and said one of the possible treatments is shot in the bald patches.  I took the shots in the (at that time) area with no hair.  That was one of the most painful and unpleasant experiences I have ever had.  My question is, when you took the shots was it extremely painful or was that because a primary care physician did the work and not a dermatologist?

I have the glamorous and degrading ALOPECIA AREATA, a condition which causes my hair to fall out in copious amounts when I'm under stress. I've wrestled with this disease since the age of ten, when the boy I like in primary school noted that I have a ,"funny bald patch," on the crown of my head. About the size of a quarter, this was just the beginning of my so far, twelve year battle with my so called, 'Curse.'

I'm NOT having chemotherapy!

So I just started a new job about 6 months ago at a popular chain book store and in the first few months of working there I just went as what I think of as "myself" just a shaved head. (androgenous alopecia) In those few months I got numerous women coming up to me and asking if I was going through chemotherapy.  Some simply just smiled sympathetically at me and said they would pray for me.

So it seems this isn't going away.

My name is Jennifer. My daughter Madison is a happy, joyful, beautiful 5 year old. Right at the end of October, while washing her hair, I noticed two small bald spots, just about the size of erasers. My first though was, maybe it was fungal. We had had a bought of ringworm the month before. But, after using fungal cream for a week, it was getting worse. So off we went to the pediatrician. The doctor looked at it and said almost immediately that it was alopecia. I had that word floating in my…

I'm not too sure exactly when my hair started falling out.  I noticed it around December of 2014.  Interestingly enough, much of my hair is also turning white.  I'm in my 60s so white is not a problem.  Anyway, I realized that both of these issues came about after I had surgery.  I've heard that surgery can cause your hair to turn white I'm just curious is anyone's alopecia started after a traumatic event?

I found this website while looking for some kind of support group for alopecia. I have no hair I have no eyebrows or lashes. I've only had the condition for a little over a year. I have discontinued treatment because the strong medications were not working and only made me feel bad. I am tired of strangers coming up to me and asking if I have cancer. I don't know if I'll ever have hair again. I have to live with this and not feel like a freak. I was reading someone else's blog and she had… Continue

Are you a girl?

I'm not sure why I was so blindsided by the question. I mean, I know it has been asked before of women who lack hair, and this was just the person to be asking it, a wide-eyed, blonde-bobbed young girl who was also waiting in line to use the bathroom at the campground. I replied a cheery, "Yes, I am," and that was that. Only it really wasn't because I am still upset by it.

I was having a fine weekend, my sense of self confidence bolstered by my 9 year old's birthday party at a…

Im writing a lot this weekend because I went to the dentist and had two teeth removed and typical, end up with a dry socket. The pain is something else. So im trying to distract myself.

Here goes a recent picture of my hair, well scalp..you can see clearly new hair growth and where it is and isn't coming through.…

On hair loss, identity, and whatnot

I have always been drawn to invented individuals. Maybe it was what I needed to keep me entertained, and maybe it had to do with the demonstration of individual power. In any event, it's why I always loved the song "Crush with Eyeliner" and made a cartoon of a "Sad Tomato" to put on a white t-shirt in eighth grade. It's why I love glam rock and feel at ease with drag performers and the larger than life personalities who inspire them, and have never begrudged people like Marilyn, or Bowie, or… 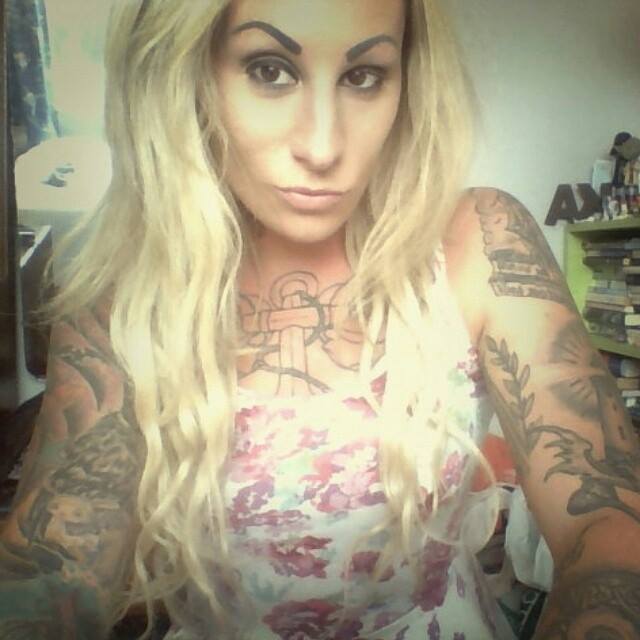 This is a human hair wig with human hair clip in extensions attached. Ive had this wig about 4-5 years now, starting to look a bit worn, but at nerly $3000 a pop, I cannot afford to be replacing it..even more motivation to keep eating well and living well so I can have my own…

When my hair grew back in

There was a point last year where I was able to, for the first time in about five years, go wigless due to new hair growth.

Its hard to think back to what I done that may have enabled my hair to grow back so well, but I believe I was mentally in a better place with a lot less stress in my life.

Anyways, heres a picture of my hair, the bun is extensions that I attached to…

Side of autoimmune disease with that steak?

I was successfully on Day 21 of my Thirty-Day Protocol from Dr. Amy Myers' best selling book, The Autoimmune Solution, when I faced dinner plans with a large group of friends for a bachelorette party. A limo was involved and we were heading out of our South Bay bubble and eating out in Santa Monica, California instead.

When I initially agreed to come out to celebrate, I hadn't even heard of Dr. Myers so I had no idea that I would be doing this healing experiment. But here I…

I recently came across this interview on Buzzfeed.com and thought I would share it with AlopeciaWorld.com:

The alopecian actor stopped by BuzzFeed to share his thoughts on body positivity. 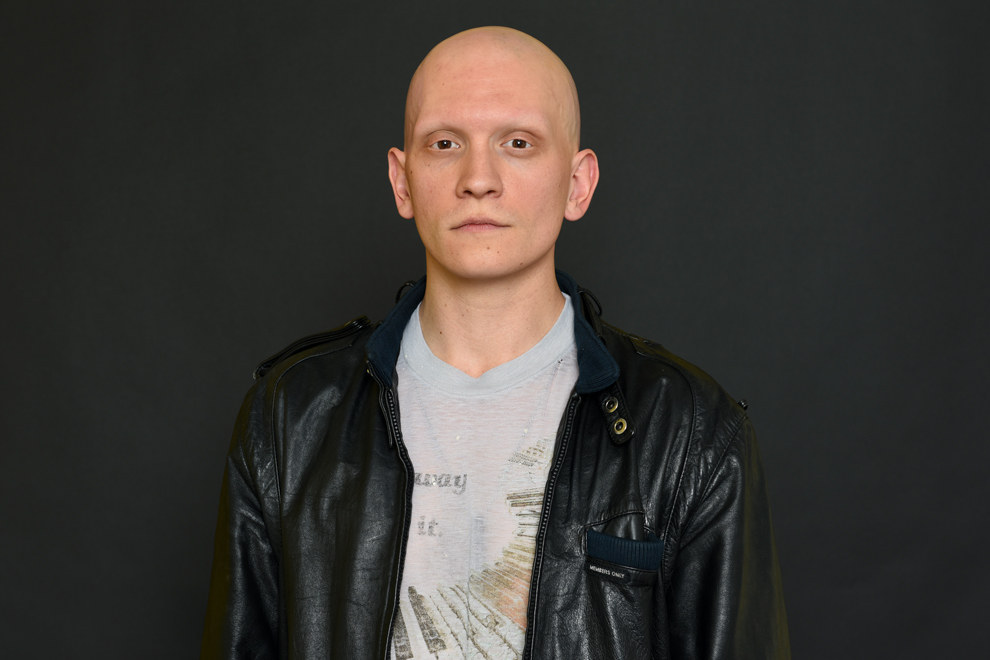 You’d recognize Anthony Carrigan if you saw him on TV, right? Not necessarily. The up-and-coming actor has been popping up…

I told the world I'm bald and I didn't die.

Yeah it sounds silly but I was worried about telling people even though I've battled this my whole life. Just not to the extent of wearing wigs til the last couple of years. I actually posted a "natural" pic on Alopecia World fb page and got so many sweet comments and encouragement that I decided to post it and little lesson about AA to my personal fb page. The responses were overwhelming. Every single person I am friends with commented very nice things. For once I felt like I could be… Continue

Its been a long time...update with pics.

I haven't been on this site for a long time, but I really wanted somewhere to post and blog and be held accountable for my changes.

I have undertaken a raw vegan fruitarian style diet and am experiencing hair growth.

At one point last year I ditched the wigs and…