The email address associated with your Alopecia World account is private and will remain so unless you choose to share it with others.

Therefore, we caution you to be wary of any request for your email address or any other contact information you have not made publicly accessible via your Alopecia World profile and posts.

You also should NOT join email lists on other sites just because you were asked to do so on Alopecia World!

If a member of Alopecia World wants…

Adrenals firing WAY too much

After my hair started falling out again last fall I went back to my doctor and said if it was my stress level causing this please give me something this time...last time rest and vitamin therapy. He gave me Klonipin which has helped my adrenals from firing abnormally for small things that should not make them fire. It has been a great thing for me and I just thought I would share it with ya'll. I take 1/2 in the morning and 1/2 at night. i hope this helps someone else.
My pills are .5 mg… Continue

A fun afternoon with a fiance who loves my bald head. Click to view the slideshow. http://bykellyandjustinproofing.com/ss/thompson0410/ 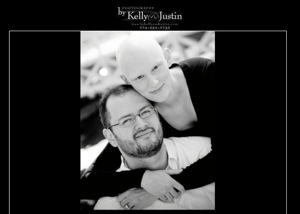 Don't stare or tell me he looks funny!

hey everyone,
i need to get this off my chest since i have no one else to talk to. Im so sick and tired of people staring at my son...people come up to me and say wow does he have cancer!...i think thats so rude..and then today i took his meds to rite aid and someone says he looks funny bald...i dont even know what to say back to people...it breaks my heart when people just stare...if you wanna know what my son has please just ask...
Then yesterday im looking back at my wedding… Continue

"Our deepest fear is not that we are inadequate. Our deepest fear is that we are powerful beyond measure. It is our light, not our darkness, that most frightens us. Your playing small does not serve the world. There is nothing enlightened about shrinking so that other people won't feel insecure around you. We are all meant to shine as children do. It's not just in some of us; it is in everyone. And as we let our own lights shine, we unconsciously give other people permission to do the… Continue

I decided to cancel my follow up appointment with the doc. I certainly wasn't going to try either of the pills he suggested. Heck that was some nasty stuff. I'd have to get blood tests weekly to monitor my organs. No friggin' way! Then the pepper (capsaicin) cream; I would have to start at 0.025% and work my way up to 0.075% if that was ineffective; and at about $20 a tube. So you know what I did? I went to the grocery store and bought a small $3 tray of the hottest little peppers they had,… Continue

Thought I'd update you after my last blog post...I've been to see the head and she was really nice and said she's going to breif the staff properly at the next meeting. She even said that if I wanted to shave it i could and i wouldn't have any opposition from any of the staff...and even my mum's come round to it!! we're gonna do it tomorrow morning!! I'm so excited!! :) I'll post pics tomorrow of my first bald day out!

Color, color everywhere - what does it all mean? Color is an integral part of our lives from the age of 2 months when we begin to distinguish individual colors as well as the rest of the world! Our color memory is filled with associative hues from birthday balloons, cupcakes, the 4th of July, spring flowers, or the parade of bathing suits, to name a few. For millennium the human race has employed the light spectrum for our visual pleasure, but have you even considered that colors have more than… Continue

Yesterday (4/25) was my 1 year bald anniversary! I shaved my head one year ago and life has only gotten better from there on :) It's feels like a kind of a birthday for me, because it shaving my hair off and starting fresh was the first time I felt like the "real me" since I had gotten alopecia in 2001. Many of you may know what I mean about what a positive life-changing event the "Big Shave" can bring about. For those of you who are still struggling with the decision of… Continue

"Happiness resides not in posessions and not in gold; the feeling of happiness dwells in the soul."

"Try not to become a man of success but a man of value."

I just now thought of something . I have come so far from where I was at . It blows my mind ! I'm just like, WOW !!!! A year ago or almost a year , I thought about suicide . I felt so miserable . So alone . I thought I had no friends . That no one cared bout me . That was all lies from the Devil . I remember crying and writing in my journal and putting : I don't really want to kill myself . But I hate how I feel . I feel so alone . ( or something along those lines .) I kept thinking , I could… Continue

There are those days when I can do little more than sit back & laugh at what life brings my way. Today was one of those days. I had taken a shower after my morning run and was preparing to clean up what few hairs remain on my face when I saw it…a hair on my previously bare eyebrow…woo hoo! I felt like an adolescent boy whose first, long awaited mustache hair had appeared as if out of nowhere. A hair, yes perhaps only one but a hair no less. Could this be the beginning of new growth? I… Continue

"Painful as it may be, a significant emotional event can be the catalyst for choosing a direction that serves us--and those around us -- more effectively. Look for the learning."

I have been informed this week that my parents and i have got to have a meeting with the headteacher at my school because I refused to take my hat off in a lesson, even though I've had special permission to wear a headscarf/hat for about a year. I couldn't believe it! I'm being punished for wearing a hat..I don't want to wear it! If I didn't have to then I wouldn't...it's hot and it's itchy but they'd complain even more if I walked around with my patches hanging out! This is basically just a… Continue

'Be kinder than necessary because everyone you meet is fighting some kind of battle.'

A sharp tongue can cut your own throat.

If you want your dreams to come true, you mustn't oversleep.


Of all the things you wear, your expression is the most important.


The happiness of your life depends on the quality of your thoughts.

So it looks like my AT is turning into AU. I've lost the hair on my arms, legs (not so bad!! haha) and the lateral half of my eyebrows. I've been penciling my eyebrows in now for about 2 months and they look really natural but I've come to the point where I don't want to worry about whether or not I've smudged my eyebrow off or not! Has anyone gotten permanent makeup before? If so what was it like and how much was the approximate cost?

I am stuck between ordering the amore Codi wig and a new one called Ease by Revlon. Does anyone have any suggestions or luck with either of these brands more than the other? I know I have seen tons of you that wear Codi by Amore. Thank you for the info!