I teach the English Learners in 5 schools in my district.The other day, I was walking through the kindergarten hall and a boy started laughing and pointing and shouted that I looked like a boy. I have alopecia universalis and seldom cover my head.I knelt down and had a gentle but honest conversation about what would be a better way to express his interest and observations. A little girl next to him joined in and asked if I had cancer. I explained that I didn't and in five to six year old…

I need help. My nails are getting really bad and was wondering if there was anything I can do to keep them strong? I'm not much for nail polish. It kind of feels like my nails a suffocating. But if there is nail polish out there that can help i'll try!

This is a link to my blog, with things that I think are awesome perks. I had a laugh writing them, so enjoy! 10 Awesome perks about Alopecia 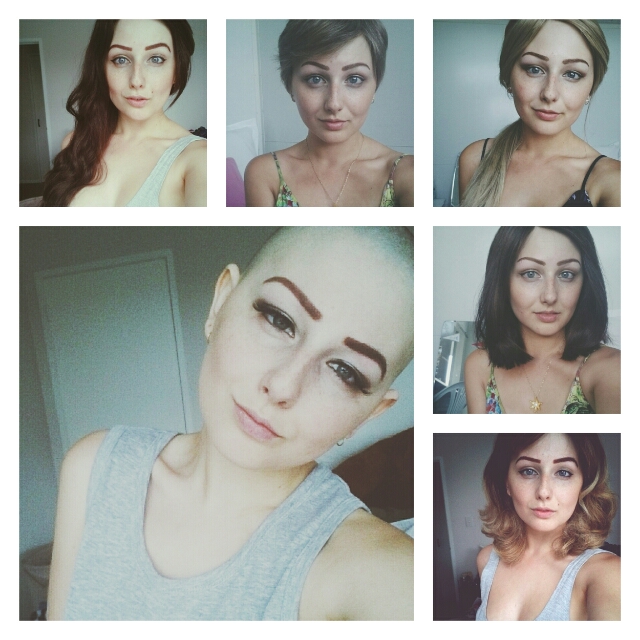 Alopecia due to hormonal imbalance

Hi there, I am cured of Alopecia Areata now. It was due to a hormonal imbalance. From 2009 to 2012 i was on finesteride 1mg daily, for controlling male pattern baldness, and I stopped it immediately in 2012 feb since i heard it causes sexual side effects , but i had not experienced any side effects.Now. My hairline is receding and my doc put me on finesteride every alternative day and my patches have stopped occurring from the past 4 months

There has a been a lot of hype about cannabis oil for the treatment of cancer in the media of late. In fact, I've seen many shows on it on CNN by Dr Sanjeep Gupter where it has literally saved children s lives.

A friend has recommended it to me for Alopecia but i cant find much research about its success rate with auto immune conditions.

Have you heard anything or had any success? Thoughts? I mean,if they are using it to treat cancer successfully, surely it could work for…

I'd like to make an effort to get back on here more. It's been incredibly nostalgic for me to log back in and see all of this old content. I looked through my photos on here and I feel like I grew up on Alopecia World! My first photo dates back to 2009! and now it's 2015 & I'm 22, completed my bachelors degree in Interior Design and am living with my boyfriend in LA.. & yes, this is the same guy from those old photos in my photo album (:

God gave us this disease

The way I see it is that God gave us alopecia to help us learn and grow, he finds that it is necessary for us to have alopecia to learn, and he knows that we are strong enough to handle it, if we weren't strong enough he would not have given it to us. He knows who we are and knows everything that we can handle, some people may have this trial and have a hard time over coming it, others may have an easy time over coming it. EVERYONE HAS TRIALS... It is part of life, it is time that we realize…

If pizza were a man, would you date him?

No matter how dire the circumstances may be, it’s not always easy doing what’s right for you. Ten years ago, I woke up with an autoimmune disease called Alopecia Universalis. A crescent-shaped bald spot appeared behind each of my ears literally over night. Within a year, I lost every hair on my entire body and it’s been pretty much gone ever since.

I've also been searching for a cure ever since. I've gone to several doctors, tried homeopathy, and experimented with my diet. The only…

My Interview on Don't Wig Out

I've had dreams where I was delighted that my hair had grown back, dreams where I just had long hair again, dreams where I "came out" as having lost my hair, but last night's was a new variation. I dreamed that my hair was just as it is now, and that I was out doing my dream business with no cover on my head. In the dream it was all very easy, as if weird hair was no big deal. A friend in the dream did get me past a security guard by saying, "Stress is bad for her, it makes her hair fall…

Hello everybody...I have a 4 year old son who has Alopecia Universalis. My family and I had never heard of this condition until my son started losing his hair. In the beginning I was in denial because my son loves being outdoors playing with our animals and I thought he had picked up bird mites (we have a lot of chickens he always wanted to be around). Right before his hair loss his head was full of dandruff that concerned me, but the doctor said it was nothing to worry about...a couple weeks… Continue

Why does NOBODY know about alopecia?

I have decided to start a blog of my journey of suffering from alopecia areata. It has been 10 years since I first discovered my hair loss. I was only 13 when I was at home one day doing my hair when I found a bold spot the size of a tennis ball. I kept it to myself for a month or so before I told my middle sister and made her promise not to tell anyone. I first went to the doctors and then a dermatologist and I tried home remedies and everything you could think of. Within…

My alopecia has prepared me for this

As my 50th birthday approached, I occasionally thought about the fact that much was about to change for me. I struggled with the thoughts of impending possibilities such as weight gain, wrinkles, aches and pains, and the gradual waning of my physical abilities. But I also thought about my journey with alopecia over the past 24 years.

With alopecia the questions were…

I have alopecia totalis and now because I have no hairs in my ears I have an ear infection which does not seem to be going away.  It is like I have been swimming and there is water in my ears and it can be difficult to hear, is this a common thing does anyone know?

I was asked a question by a friend of mine who has her own over 50s blog. Her last blog was about women's hair going grey and her next blog will be about women losing their hair. Until she met me she'd never heard of alopecia. I too had never heard of it before I got it. Then I read somewhere that there are more people with alopecia than there are people with red hair. To me that was amazing.

I would love to hear others thoughts about why alopecia isn't well known. Is it because most…

Hello everyone! So i've been really interested in starting a youtube account and making makeup & hair tutorials! I've been watching different girls on youtube since i was 14 like michelle phan...I LOVE HER. But i also noticed that there isn't really a beauty guru that has alopecia or specializes in makeup that has to do with hair loss ( let me tell you there is a HUGE difference ). As my life goes on, my makeup and hair talents have grown tremendously. Also i am a working stylist and…

I would love for some input and recommendation.

- Noticed the patch double in size.

- Following days, hair was coming out in clumps washing, dry combing, and even randomly.

Does anyone have experience with the Hair Cub for Women?  Specifically the non-surgical hair replacement.